What’s the Difference Between Traditional PR and Digital PR?

Regardless of what you do, or who you serve, every business wants people to know who they are, and like them. But how do you maximize brand awareness and have consumers walk away with a positive impression of your brand? Doing so is next to impossible without utilizing public relations (PR), and in 2020, there are more ways to harness the power of PR than ever before.

The options fall into two main categories: traditional PR and digital PR. While the two share a common goal (that is, increasing brand awareness), they differ in their execution.

Traditional PR is exactly what it sounds like – a traditional, direct approach to public relations that utilizes staple channels such as television, radio, newspaper and magazine to manage public opinion. Digital PR, on the other hand, utilizes newer, digital channels such as websites and social media, to manage brand awareness and simultaneously influence SEO and link building initiatives.

Although different in execution, traditional and digital PR share the same fundamental goals: building brand awareness, promoting services or products while putting together a positive message for relevant audiences. While the ways in which those goals are reached and measured are very different, neither approach is wrong.

What is Traditional PR?

You know the old saying: Don’t fix what isn’t broken. Even in public relations, this rings true.

While it feels that our world has gone completely digital, millions of Americans still consume traditional media. They watch the news at night in their living rooms, they listen to the radio during their commute to and from work, some even still have newspapers delivered to their homes in the morning. Despite the digital surge over the past 15 years, traditional media remains relevant and pervasive, making traditional media tactics just as important as ever.

How is traditional PR delivered?

How do you measure traditional PR benefits?

If the goal of traditional PR is to get a company’s message in front of potential customers, then success ought to be judged by maximizing the number of people that message is served to. But how do you measure that?

Here’s where the impact of traditional PR can be difficult to gauge.

Television and radio stations’ audiences are considered estimates at best, and there’s no definitive way to say that all 300,000 viewers were paying attention to any particular segment. However, with the dawn of news websites and social media, traditional PR can track impressions and views of articles to get a better sense of how many eyes were on their brand.

But beyond the tangible metrics, traditional PR is often more concerned with the placement and focus of the brand mention. According to New York-based Blue Fountain Media, the best way to estimate success is by analyzing the tone of the article and the overall message penetration. The more positive mentions, the more successful the campaign.

What is Digital PR?

Like its counterpart, digital PR relies on elements such as building relationships with journalists to gain. But it’s not your grandmother’s PR.

Digital PR seeks to take advantage of the incredible reach of the digital world we’re living in by combining the media outreach component of traditional public relations with a wider online strategy. By seeking brand coverage in online news sources, social media, blogs, and websites, digital PR is more likely to reach a broader audience.

While Traditional PR is designed to be a direct approach to a brand’s self-promotion, Digital PR relies on subtlety. In fact, Digital PR campaigns are so subtle that it doesn’t matter if a brand’s message ever reaches its customer base.

Yes, you read that right.

In Digital PR, the focus isn’t on a brand’s customers at all. Sure, it’s great if a potential customer is impressed – but at the end of the day, Digital PR is looking to impress Google.

Let’s talk about Google’s result pages (SERPs). Every company wants their website to rank highly in the SERPs, but there are a number of factors that go into doing so. The most important factor? Inbound links.

Inbound links (or, backlinks from one well-respected brand’s site to another’s) influence Google to boost a brand’s placement in the SERPs. Digital PR campaigns aim to build that influential collection of backlinks by earning placements in well-respected, high-authority media publications.

At the end of the day, digital PR is a more holistic way of thinking about earned media in that it takes traditional PR principles and combines it with your SEO goals. Ultimately, these results are far easier to track and much more tangible than those of traditional PR. By being able to point to elements such as backlinks, social shares, and an increased domain authority, the ROI is obvious.

Whatever approach to your brand’s public relations that you take, you’ll be working toward the same goal: building brand awareness, promoting a positive message, and engaging with audiences. Both good for getting a message out, but have key differences in benefits and pitfalls.

Which approach is right for you?

Choosing a PR approach can be difficult and ultimately boils down to what a business is looking for. If you’re looking to increase brand awareness in your industry and get in front of potential customers, you’ll want to go the Traditional PR route. If you’re looking to increase visibility with widespread media attention, you’ll want to consider Digital PR.

There’s no wrong answer. Even with such different approaches, Traditional and Digital PR share the same goal, which is why many companies actually employ both strategies. 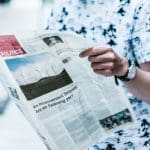 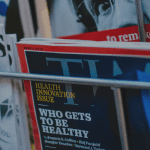 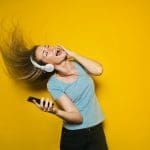 The Best Songs to Save a Dance Party
Read More 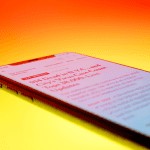 Waking Up to Covid-19: An Analysis of American Media Coverage
Read More 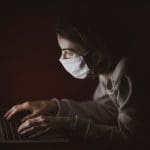 COVID-19 Crisis: Where people are looking to help
Read More 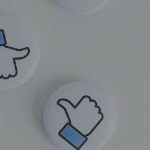 In the digital age, the ultimate word-of-mouth is getting mentioned by online news sources, tagged in social media posts, cited in blogs and... read more
AGENCY: ,

The Best Songs to Save a Dance Party

It’s 10:00 p.m. on a Friday night and the wild party you set out to throw is…well, lackluster. You look around and see your guests are... read more
AGENCY: ,

Waking Up to Covid-19: An Analysis of American Media Coverage

Did we act fast enough? It will be one of the most searing and studied questions in the wake of the Covid-19 pandemic. Already, there’s... read more
AGENCY: ,

How Americans Consume News During COVID-19

As news coverage surrounding the COVID-19 pandemic evolves, so too do the ways Americans search for news and consume it. We surveyed 2,031... read more
AGENCY: ,
See more News