Cannabis Marketing Statistics You Need to Know in 2020

As more states legalize recreational and medical cannabis, the cannabis industry has seen tremendous growth in recent years. And these new markets mean new potential for cannabis dispensaries who are looking to capitalize on the industry’s growth.

Along with knowing when and where to expand, it’s important for the cannabis industry to understand customer needs in order to produce an effective marketing strategy.

As a digital marketing agency we understand reaching customers. So, we put together a list of top cannabis industry statistics for 2020 to help you translate growth trends and demographics research into marketing strategies that match the market. Our list provides facts on consumers, industry growth as well as medical cannabis. 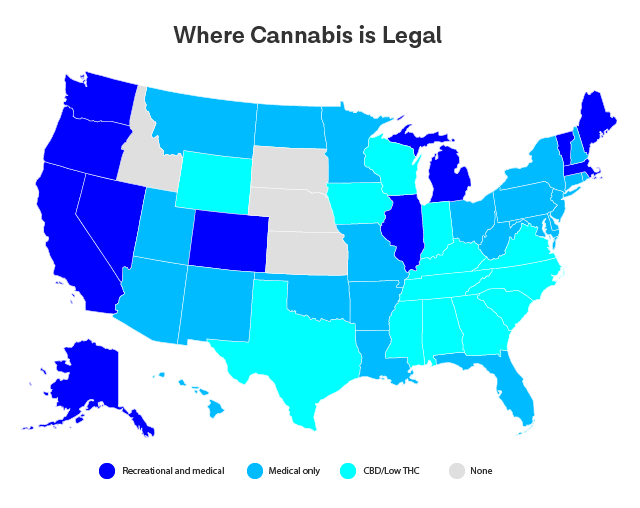 The Covid-19 pandemic dramatically altered how companies in the United States were able to do business. For those not deemed... read more
AGENCY: ,

Almost a decade ago, I started working in digital marketing. The most common question I am asked by business owners is where to start. The answer... read more
AGENCY: ,

How to Tap Into the News Cycle With Your Content

Creating content using original research can be an effective way to earn media coverage for any business. But how do you capture the media’s... read more
AGENCY: ,

Ecommerce seems to be growing with no limit in sight. With more than two billion online shoppers, retailers have a seemingly endless pool of... read more
AGENCY: ,

2020 has been a roller coaster year for businesses, and many are looking for fast, effective ways to get their brand, products, and services in... read more
AGENCY: ,
See more News