The Most Creative Campaigns & Agencies in Automotive

THE ERA OF MACHO AUTO ADS SEEMS WELL AND TRULY PAST AS WOMEN AND CHILDREN RULE OVER THE YEAR’S MOST AWARDED CREATIVE WORK.

Women were well and truly behind the wheel in 2019, notably with Bertha Benz driving her husband’s horseless carriage into the future. But while that film had a polished classicism about it, Volvo and its agency Forsman & Bodenfors stole slots one and four with their innovative E.V.A. Initiative, driven by the insight that crash test dummies are modelled on men, with repercussions for women’s safety. Mercedes and its agency antoni packed an emotional punch with “In the Long Run”, a superbly crafted film featuring another impressive heroine – this time an athlete. But children got a look in too, thanks to Volkswagen’s “Road Tales”, a cute and clever app that turns landmarks on motor trips into the elements of spoken stories, encouraging kids to look at the scenery rather than being riveted to screens. Accessibility was a theme for both Ford – with a car mat that’s also a wheelchair ramp – and Hyundai – which created a haptic taxi cab for a deaf driver. Meanwhile, Toyota put us in the awesome shoes of blind downhill skier Menna Fitzpatrick. It was almost as scary as the man who returned to the scene of his auto accident at Chapman’s Peak – albeit behind the wheel of a far safer vehicle: a Mercedes, bringing Bertha’s story full circle.

Most awarded campaigns in Automotive in 2019

3 — Mercedes-Benz - Bertha Benz: The Journey That Changed Everything

Most awarded agencies in automotive in 2019

Most awarded brands in automotive in 2019 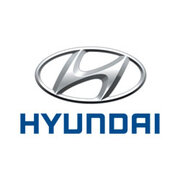