A full-service agency located at the top of a hill in Riegrovy Sady, with the best view of Prague and part of the McCann Worldgroup since 1991. With an agile team of more than 120 professionals, we have a sole mission: to help brands play a meaningful role in people’s lives. By developing a deep understanding of our clients’ businesses, we work every day to deliver powerful and innovative creativity that’ll deliver results. And strong results at that, as we believe we can grow only if we help our clients to grow as well. Thanks to this approach, we have built a strong partnership with our clients, such as AirBank, Bata, Coca-Cola, ING Bank, L’Oréal, Mastercard, Pilsner Urquell and Vodafone. As proof, we can mention a few coveted accolades that have made us proud ever since: “Most Effective Agency Of The Year” for a few years in a row now, the most valued agency of IMC Czech Awards, Gold and Bronze Lion won in Cannes by and sharing the glory of EMEA Agency Of The Year as just recently announced by Campaign magazine.

Advent has begun, and the magic of Christmas is everywhere. So naturally, there was  no better timing for our brand new Vodafone CZ campaign, built on the communication platform introduced this summer. It shows the power of the human network, and how now, more than ever, we should all stick together.

The story of our little boy highlights the power people have when they  unite for a good cause, and how modern technologies can help them achieve this. For a long time, Vodafone’s communication has been based on influencing society in a positive way and connecting people. The strongest network is the one we – the people – create, and technology serves us as a tool. Vodafone believes in the power of technology which must be used in the right way and for a good cause.

This is also the underpinning idea for the current Christmas campaign starring the famous Czech actor Ondřej Vetchý. Ondřej Vetchý appears as himself. An activist, motivator, and as he puts it, a decent man wishing to inspire people to be closer to each other. The campaign helps to show that “being closer to each other” is not just an empty statement and that amazing things can happen when we come together - regardless of whether it’s Christmas or not. The main character in the TV spot – the little magician - faces obstacles along his way, but thanks to the people who help him, a small miracle happens and everything works out perfectly.

The team who created the campaign made sure that it was genuinely relatable to people and could help inspire real dreams to come true. The protagonist, our magician, is the nephew of the director and actor Vojta Kotek. He had no prior acting experience and with a convincing performance, he left no doubt that he may well follow in his uncle’s footsteps. Incidentally, a positive connection was also formed between the young actors, who became good friends during the shooting. 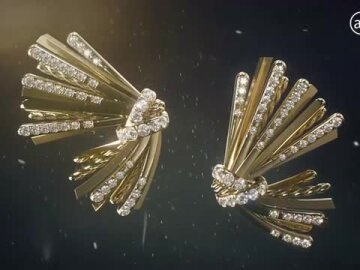 We Wish this Year Never Happened