Having trouble understanding what “programmatic advertising” really is? You’re not alone. So we sent our journalist along to meet the experts.


It may well be that your blood runs cold when you read the words “programmatic advertising”. I know mine does: after all, I’m interested in creativity, not algorithms. So it was with some trepidation that I paid a visit to RadiumOne in Paris.

It turns out that “programmatic” is only part of what the agency does. “Data-driven marketing” is the term it uses, which sounds friendlier. And its offices overlooking a narrow and rather charming Parisian street are of a reassuringly human scale. 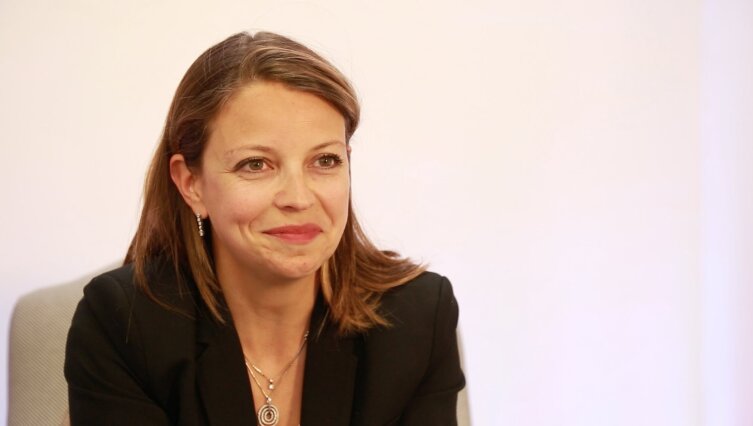 Caroline Duret, the agency’s deputy director, offers to demystify its work for me. But first I want to know a little bit about her background. In fact she studied microelectronics – the world of semiconductors and chips – in Grenoble. At the same time, she was gaining practical experience at a start-up created by the Franco-Lebanese inventor Jean Michel Karam. “An exceptional guy,” she says. “He was only 27 at the time.”

Karam specialized in the micro-machines used in applications ranging from inkjet printers to airbags. By the time Caroline left, the company had grown from two employees to 120 and raised over 100 million euros.

“At that point I absolutely didn’t want to work for an internet company,” she says. But fate intervened when she got a marketing job at a pre-paid mobile phone company – which was immediately taken over by Liberty Surf, an internet access provider.

A  few years and jobs later, she was busy heading the digital sales operation at broadcaster Canal + when her entrepreneurial streak rebooted, and she joined classy internet dating start-up Attractive World alongside founder Ludovic Huraux.

Hard to know how this led to RadiumOne, you might think. In fact, family life with two young children convinced Caroline to leave start-ups behind and take a relatively safe role at an advertising sales house with a network of premium websites. That’s when she got the call from Frédéric Bellier, a former colleague at Telecom Italia, who invited her to help him run RadiumOne’s new French office.

“He spouted a whole list of acronyms that I didn’t understand, but looking into the company and the meaning of all the words I’d heard, I realised something was happening with advertising and technology,” says Caroline.

In short, there was a shift from media planning – identifying the ideal medium for reaching a particular group of people – to audience planning, which is about serving ads to individual consumers in the optimal conditions. “Because the problem is that our target, let’s call him Mark, may well visit male-oriented sites like [sports journal] L’Equipe. But he also visits culture sites, websites for his kids, social media sites. Where can I reach him, and engage him, in the right place, at the right time, with the right message?”

Media planning and buying is done by people – the guys and girls from media agencies who chat up ad sales staff at publishers and TV sales departments. But this new kind of advertising happens in the digital space. The sales staff have been replaced by ad exchanges – online markets of media inventory.

When Mark arrives on L’Equipe’s website (except he’s not called Mark, he’s just an anonymous code number) a signal goes out to potential buyers. The RadiumOne tool recognizes Mark – it’s been tracking his behaviour via cookies, and knows he’s a valuable target – and makes a bid. If it bids high enough and fast enough, Mark is served an ad from one of RadiumOne’s clients. But one of its competitors could just as easily win.

That’s only the tip of the iceberg. RadiumOne’s tools are constantly monitoring the online movements of consumers to identify opportunities for its clients. Caroline explains: “For example, if our tool notices that Mark is a client of American Express, it analyses his online comportment and looks for consumers with a similar behaviour – look-alikes. And now it has dozens of potential new Amex customers.”

RadiumOne also tracks the articles you share on social media, and more importantly with whom. Those people are your circle of friends – and potential customers. Then there’s geo-fencing: if you pass through the same airport on a regular basis, as indicated by your mobile phone, you can be served with an appropriate ad at that moment. And since you’re clearly a well-travelled business person, your clients will also find themselves on the radar.

You get the idea by now – it’s a sort of benevolent espionage. Thrilling, in a spine-tingling sort of way. But where does that leave creativity? Still in the game, it turns out. Because no matter how clever companies like RadiumOne are at serving ads, you can easily ignore them. The trick is to make sure the target pays attention.

Caroline says: “In order to engage him you need something impactful, which expresses the values of the brand. If he clicks, we can move to the next phase, where the message is more focused the product. If he clicks after that, I’ve got him – and I can start talking about price.”

RadiumOne does not create these messages – and therein lies a problem. “Data, media and creative should work together as a trio,” says Caroline. “But very often, unfortunately, they don’t.”

The result is a new generation of agencies that can personalise and adapt creative work to specific consumers, in real time, based on relevant data – RadiumOne works with an outfit called ADventori, for example.

With all this talk of automation, it would be easy to imagine that the human element has largely been removed – reduced to a couple of geeks with laptops in an otherwise empty office. In fact, a new population has entered the advertising industry, from techno-savvy sales people and data scientists to media traders who barter space on ad exchanges with the urgency of stockbrokers. There are 45 people in RadiumOne’s Paris office.