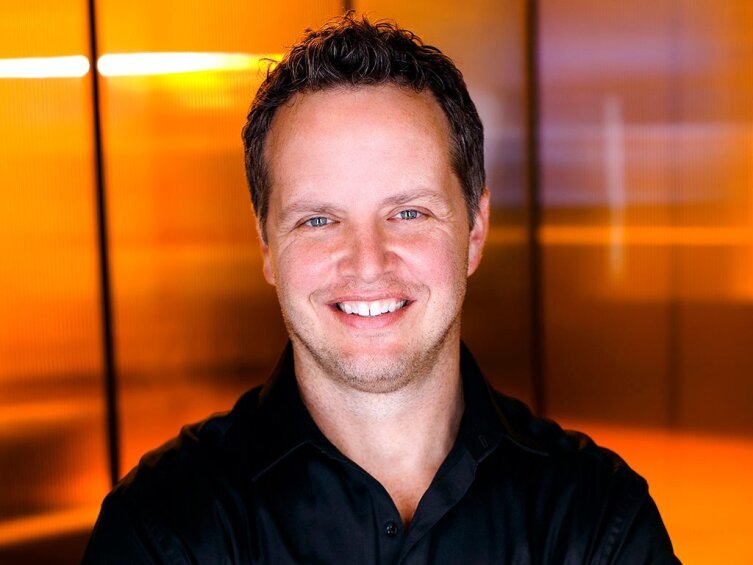 We spoke with INNOCEAN USA's Executive Creative Director, Barney Goldberg, about advertising's shift in pacing, the power of showing not telling, and the rise of more targeted advertising.

Tell us about your role and how long you've been working in the world of advertising.

I started out in the darkroom at The Martin Agency and I’m coming up on 35 years in advertising – I’ve seen it all. In my current role as Executive Creative Director at INNOCEAN USA, I oversee all the creative work for our accounts including Hyundai, Genesis and Wienerschnitzel to name a few.

My role is to set the North Star for what the agency stands for creatively and shape our work to make it great. I enjoy leading people to create work that makes people laugh or cry (mostly laugh as it turns out). My goal is to produce work that is relatable, which I believe helps connect with consumers. I also strive to create a culture where people feel good and confident in themselves. I want people to feel empowered to be who they are and say what’s on their minds. It’s simple really: Work hard and be nice to people (I borrowed that from a poster).

Are there some common staples or tropes that have developed in recent years within the industry? How do these compare to the ones of 10 or even 20 years ago?

A lot of brands are getting caught up in trying to tell people what they stand for instead of proving their brand beliefs and purpose through actions. There are better ways of demonstrating what your brand believes without just outright telling somebody or listing it out in a manifesto. I just don't think people sit around and are like, “Where's that 32-page manifesto from Company X? I'd love to read what they stand for.” That message can be portrayed through demonstrations or work that makes people feel something versus telling them – it’s better to actually be funny than to tell somebody that you're funny.

What were some aspects or qualities about ads from the past that you feel modern advertising could benefit from adopting?

In my early days, when I primarily worked on print, we would spend weeks on crafting projects, making them beautiful and printing up options and layouts.

Now, the speed in which we work has changed a lot of that. I think that you can spot well-crafted work. It’s worth protecting the time that’s needed to develop the work.

Advertisers get 30-second windows to share their message and I personally appreciate really well-told stories. And that can be a challenge – for example, we do a lot of automotive work, so you have to think about how to tell a great story and equally share the screen with the product. You really have to get in there and be brutal on the details and simplify the elements. For me, that's a nod to the past in keeping it simple and understanding great writing.

Was the work approached differently or have the methods remained the same?

It’s a very difficult thing to take a blank sheet of paper and make it into something original and great. In the car industry, there’s a lot of agencies in the country writing scripts about similar benefits and features, trying to make it engaging and original. It’s as tough to do now as it was 50 years ago: Staring at a blank sheet of paper (or Word doc) waiting for the words to come. That’s the approach and I think it’s going to always be that way. I don’t think A.I. is going to write great ads for us - it takes an original thought and a spark that gets developed.

How have ads evolved to keep up with technological and cultural advancements such as smartphones and the internet?

Keeping up with technological and cultural advancements still comes down to an idea that translates well. Agencies and clients have to be smart. You need to figure out what channels to target because not every platform is the right platform for your brand. Not every channel is where the people you want to reach are congregating. You can’t just send an ad into the world. You have to find where your target is and how to get to them. Not to mention doing it in a way that’s not annoying, but engaging and natural.

But it all starts with an idea that consumers will want to engage with. The quote “Nobody reads advertising. People read what interests them; and sometimes it's an ad” from ad legend Howard Luck Gossage has always stuck with me. If something interests me, I’ll watch it, but if it doesn’t, I’m feverishly waiting for the

skip ad button to pop up. If in that time, you can reach somebody and they think “Oh, that’s kind of funny, I’ll let it play,” that’s a win.

Do you feel as though ageism is a problem in the advertising industry?

I haven’t personally experienced ageism, but here’s why I don’t think it should be a problem in advertising: As a creative, you get better as you gain experience. If you were a good creative in 2000, why wouldn’t you be even better 25 years later if you stayed on top of your game and didn’t rest on your laurels?

That said, I do think ageism exists. I just hope I don’t experience it. The truth is great work can come from a grizzled veteran or a person straight out of the BrandCenter. There’s space for both at any great agency. I know at INNOCEAN we have a range of experiences and both groups learn from and push each other.

What advertisements do you remember seeing when you were younger that left an impression on you and why do you think they stayed with you?

I’ve been in the industry for more than half of my life, so I’ve seen it all and there’s a lot of great ones. I’ll always remember the 1979 “Hey Kid, Catch” ‘Mean’ Joe Greene” spot from Coca-Cola. As a kid, I remember feeling something while I was watching a commercial. Sure, movies and TV shows could make you feel something, but a commercial? Feeling bad for the kid and then feeling great when he gets the jersey because he gave the bottle of Coke to ‘Mean’ Joe Greene. It was just such a well-told story.

And an honorable mention to the Miller Lite “Tastes Great, Less Filling” spots of the 1970s and 80s. I watched so much football with my dad and that campaign always had the room laughing. I was eight or nine years old watching my dad and uncles laughing and thinking, “That’s an interesting reaction. Everyone’s laughing at a commercial. Maybe I could do that.” Those two commercials are the ones that have always stuck with me.

Looking to the future, where do you think the advertisement industry is heading?

The future of advertising reminds me of that 2002 movie Minority Report with Tom Cruise directed by Steven Spielberg. There’s very targeted marketing in it and it’s really ahead of its time. I swear they had to have talked to the CIA to get that information. Tom Cruise walks through a mall and the ads start speaking to him like “Hey, remember when you bought that sweater?”, so creepily, and today we’ve all seen similar things happen on our feeds. Well, not the speaking part.

I think more targeted stuff is coming, but I don't know if that's necessarily a good thing. It could be convenient for a certain group and another group may find it off- putting. I'd like to think that it's heading towards the need for creatives to work harder for brands to garner engagement and responses. I don't think it's as simple as showing a car driving down a road or showing a family smiling while eating Happy Meals. In the future, as we've done up to now, we’re going to have to keep finding ways to create meaningful connections with people where we add to someone’s day in a small way.