AlmapBBDO has had a great year producing award-winning and memorable work and we would like to thank their Creative Director, Luiz Sanches for taking the time to talk to us about some of these exciting campaigns. AdForum:  How challenging was the research required to sift through the images in order to reconstruct them into the faces of the cultural icons chosen for the “Millions of Images, Endless Possibilities” campaign for Getty Images? What was the main creative motive that lead to the execution of this campaign?

Luiz:  We have been doing work for Getty Images for over five years and we had this idea to look at Getty Images as if we were looking at Legos, and play with the images, by sifting throughout the years of film available as a resource. We looked at the task of constructing celebrity faces out of the images at our disposal, similar to building a work of art with Legos. It was a difficult process to transform something impossible into something magical.

After we had the first call and the first idea, we sold the idea to the client and it took another month of investigating in how we can make it really incredible. Before integrating the campaign into film and print, we knew we had an incredible idea to start with.

AdForum:  The "Magic Words" campaign gave voice to the voiceless. What was the criteria that lead to the choices of the individuals whose stories were told in the “Magic Words” campaign and later published as a book?

Luiz: HP has a platform which is education. They have four pillars and one is education. Printing as a media is dying and people don’t need to print things, so it is important for a business to rebrand itself and for HP it was through education.

Brazil has a very large population filled with many people who cannot read but still have their own stories. When you get out of the big cities, you have people that don’t have the economical opportunities to read, so they are illiterate. There are communities where just one or two people know how to read or write, and there we came up with a problem. There is a pot full of stories in these communities and we need a way to voice record all those stories, and all that knowledge because they cannot print content. Those people only tell stories to their friends or family as they never write or print them.

The idea to print these stories was the first part of the campaign. We went to an institution where we Googled and developed technology that can print these magnificent stories while people tell them.

We came up with another idea for education which was shown in the movie. People go to bus stations and get paid to writing letters for people that forgot to write letters to their parents. So we thought, why don’t we leave free paper at the stations so people can go there and tell their stories and with the technology that we had developed, their stories could be printed and put in the mailbox and sent to their parents.  In order to make that an additional story, we left the machine in the station for about a month. We gathered all the stories and put together a unique film.

Basically, we were able to develop two different stories using the same technology and it started with Google. They created the techonology that let people speak their stories, while the printer pinted them out. Especially in the first story where it was printed in “real time.” This book was launched in some places in Brazil, and the CEO of the company in Brazil also read these books because they were such interesting stories. AdForum: What was the strategy behind the fun mood captured in the “Dance” film for the Havaianas sandle brand that takes place on iconic Sugarloaf Mountain?

Luiz:  Everybody uses Havaianas in Brazil. In preparing the strategy, we talked to all kinds of people who wear Havaianas. We heard stories from people that are poor and wealthy; as well as celebrities who use the sandles. In terms of the disco ad, we basically showed all the benefits of the sandles, such as the bright colors, in order to use the sandle’s benefits as the blank canvas for creating the fun atmosphere of the dance ad. When people think of Brazil, they think about soccer, dance and Havaianas as it’s an iconic part of our culture.

AdForum: The choreography for the “Dance” film was perfect in creating the feeling of the ad. Was the idea to have the dancers step in and out of the sandles throughout their dance, done on location or was it part of the original concept for the spot? 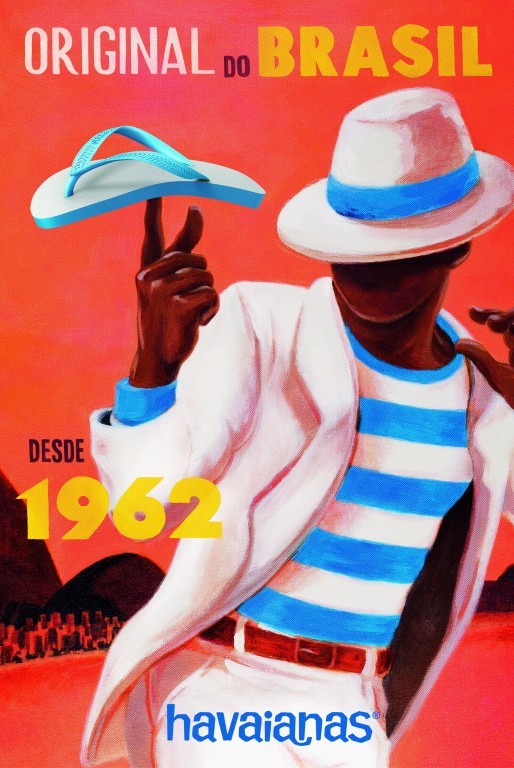 Stellar Follows Own Orbit To Success