A storied British agency with global reach, WCRS has come roaring back to relevancy. Chief executive Matt Edwards tells us how it was done – with an aside about football.


There’s something indubitably British about Matt Edwards, the chief executive of WCRS. Maybe I’ve lived in France for too long, but I can’t help smiling when he apologises for being a few minutes late due to “a slight crisis”. A whole culture lies in that “slight”. 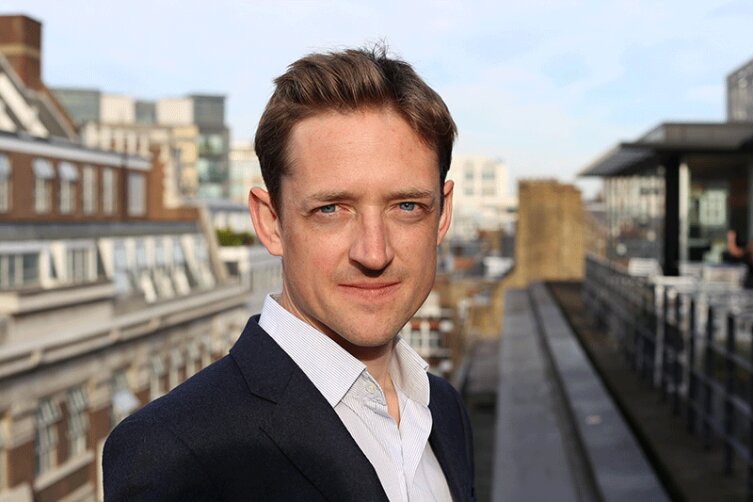 It’s fair to say that there’s something inescapably British about WCRS too. As Edwards himself points out, the majority of its billings come from local clients. But those clients include the Royal Air Force, the Royal Navy, Sky Movies and Warburtons bakery (for which it has featured both Sylvester Stallone and The Muppets in recent campaigns). It has worked on a government campaign to promote Great Britain abroad, and launched the new Mini Convertible – which, let’s face it, has British DNA – globally. This may be the one agency that isn’t affected by the Brexit.

Not that WCRS is parochial: London is a global hub, and in 2014 WCRS handled the world’s biggest entertainment launch, for the Candy Crush Soda Saga. TV advertising in over 20 markets worldwide and in 14 different languages, plus outdoor in New York, London, Sydney, Berlin and Paris, with online and social media crossing 20 markets.

Its history is a little complex: launched in 1979 as Wight Collins Rutherford Scott, it become an iconic London agency. It turned BMW into “the ultimate driving machine”, and for the launch of an oddly-named mobile network operator it created the slogan “The future’s bright, the future’s Orange”.

In 2004 the agency’s management team bought themselves out of ownership by the Arnold Worldwide Partners network and began to build a marketing services group named Engine, of which WCRS is now a key component. Matt Edwards – who joined the agency in 2005 but later crossed over to Engine – was installed in the top slot five years ago to restore WCRS to its former glory.

So how’s he doing?

“Pretty well,” he says. “Last year was our best ever. We’ve jumped from the 12th largest agency by billings to number four. We won Gold in Cannes. And we were named Agency of the Year at the Festival of Marketing, which is judged by clients. Our new management team has brought a new culture and spirit to the agency.”

At the time of our conversation, WCRS had just launched its latest campaign for the Royal Air Force, “No Ordinary Job”, spearheaded by a series of characteristically well-crafted films showing the diversity of roles within the RAF.

“When you’re working for the RAF or the Royal Navy the decision you’re asking people to make is much more significant than asking them to choose, say, a different brand of lager,” Edwards points out. “You’re asking them to change the entire direction of their lives. That’s why we focus on helping people understand what being in the navy or the air force is actually like.”

Having said that, Edwards emphasises that the agency’s ethos, no matter who the client may be, is “Create work people care about”.

He explains: “If you think about the entertainment industry, it has to create work people care about, because it’s asking them to fork out money for it. For our industry, too often the opposite is true, in that people will actively pay to avoid our content – by subscribing to premium channels that don’t carry advertising, for instance. So we’re on a drive to create work people want to see. Our competition is Games of Thrones. Will our mother, our brother, our mate down the pub care about this? That’s the question we should be asking ourselves, every time.”

One example of this was the Christmas campaign for Warburtons, a (British, naturally) baking firm. The seemingly everyday task of launching a range of giant crumpets became a sparky Muppet extravaganza, featuring a cast of favourites and company chairman Jonathan Warburton. TV viewers went mad for it.

“Christmas is a creative battleground in the UK, but many people told us we won it last year,” Edwards says. “It brought joie de vivre back to Christmas advertising. When it launched, we couldn’t keep up with the number of tweets from viewers praising the campaign.”

It’s certainly true that “The Giant Crumpet Show” pushes its idea to the max, with no compromise on quality. But that’s something Edwards is used to, having run the Stella Artois account at Lowe London during a highly successful run of spots – just before the “Reassuringly Expensive” signature was finally dropped in 2007.

“I was a board account director on Stella Artois, and as the awards and plaudits came in, I started thinking I was pretty good at my job,” he recalls. “But of course, it wasn’t about me at all. What I learned was that if you want your work to be in the top one per cent in the world, everyone involved in the project has to be brilliant…We had Vince Squibb writing, Ivan Zacharias and Jonathan Glazer directing. We asked Ann Dudley from The Art of Noise to write an original score for one of the films, and then hired a full orchestra to play it. And so on.  That’s why we’re constantly on a quest to have the best possible talent at WCRS, particularly in the creative department.”

In other words, if you’re going to play, play for keeps. But Edwards doesn’t believe in throwing money at vanity projects either. He’s written in the past about Edwards’ Law, which involves matching the amount spent on an idea to its likely impact. This seemingly logical approach has become lopsided in the digital era, he argues.

“At awards shows like Cannes, I see a huge amount of case studies where the number of people who’ve been reached is laughably small compared to the cost of the project. If you take a hit TV series like Downton Abbey for example, you know you can conceivably reach 10 million people, so you can apply traditional cost-per-thousand thinking. But that approach is sometimes overlooked in the digital and experiential world.”

As a contra-example, he cites the agency’s award-winning digital billboard for Women’s Aid, featuring a bruised woman who heals more rapidly as passers-by look at her, instead of turning “a blind eye” to domestic violence. “The billboard itself reached a relatively small audience, but the PR around the facial recognition technology took the campaign to  hundreds of thousands around the world.  The story was broadcast by two of the three biggest TV networks in the US,” he says.

An interview with a Brit wouldn’t be complete without a dose of eccentricity, so I ask Edwards about his passion for an obscure football club called Ebbsfleet United, which I’ve gleaned through social media and mentions in other articles. The story is better than I imagined.

“It started out when a former football journalist [Will Brooks] wrote that the game had been taken away from the fans to become a multi-billion pound business. So the idea was to bring fans together to crowd-source the purchase of a football club.”

Through a platform called MyFootballClub, the aim was to recruit 50,000 people from around the world, each paying a membership fee of £35 a year. To cut a long story short, the organisation raised more than a million pounds and in 2008 bought Ebbsfleet United, a club located just outside Greater London.

“If they hadn’t been based just up the road from where I live, perhaps I wouldn’t have paid as much attention. As it was, they became an obsession,” Edwards admits. But when the actual day-to-day running of the club was handed to the fans, management fell into disarray, and Ebbsfleet United was sold in May 2013 to a group of Kuwaiti investors. “It’s been a rollercoaster ride of elation and heartbreak,” Edwards says.

But he does offer a takeaway for the communications industry: “Raising one million pounds online and buying a football club – it’s amazing what you can achieve with nothing but a good idea.”