It’s now been over three years since the fusion of VML and Y&R. A merger that had particular repercussions in France, because while Young & Rubicam was a legendary name in the country – known affectionately as “La Young” – VML was a new arrival.

Co-president and CEO Cécile Lejeune joined the fused agency right at the start of the adventure, in April 2018, after successful posts at TBWA, BBDP & Fils (another famous French agency), BBDO and Publicis.

Today she feels the fusion is 100% complete, with no visible seams. “When we have a meeting and I look around the room, I’d be incapable of telling you who is ex-VML and who is ex-Y&R.” On an international level, she explains, the two networks were made for each other, because they were strong in complementary areas: broadly speaking, Y&R in brand planning, strategy and creative, and VML in digital, social media and brand experience.

“We’re also lucky to have a great leader in [Global CEO] Jon Cook, who is at the same time charismatic, attentive and present and has the ability to bring people together in the same state of mind.”

“Since 2021, integrating those three structures has allowed us to truly become VMLY&R,” says Cécile Lejeune.

VMLY&R’s global mantra is “We create connected brands”: in other words, brands connected to society – and to consumers – via creativity, culture and technology. The French agency has expanded on this by placing at the heart of its offering what it calls “the 3 Cs”: Connection, Culture and Creativity.

Connection involves using data and planning to build strong links between brands and consumers. “That could be via traditional media, but not only – for example, we consider gaming to be a key medium today,” observes Cécile. “In fact, we look at all the possible means of connecting a brand to its target, even beyond media. Today we see ourselves not as a communications agency, but a connections agency.”

Culture is perhaps the most challenging of the three Cs, because it requires keeping a close eye on trends and changes in society. Cécile says: “We explain to our clients that if they want to be part of consumers’ lives, they have to be part of culture, part of what consumers are experiencing or discussing.”

She mentions the agency’s award-winning campaign for Colgate, “Smiles always find a way”. It played on the fact that, during the pandemic, Colgate-bright smiles were hidden behind masks. The brand had cleverly inserted itself into an everyday phenomenon. 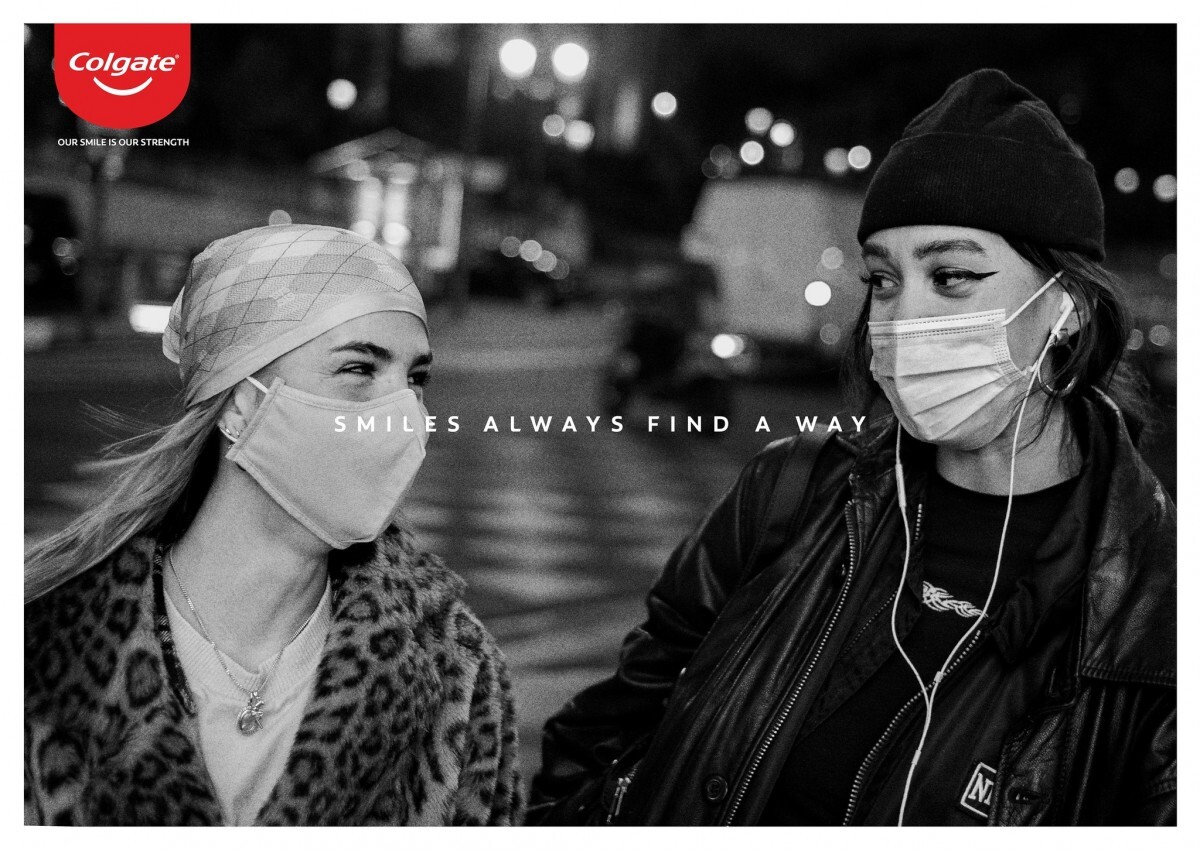 With the creative heart of La Young beating at its core, the third C – Creativity – has always been part of the agency’s DNA. Cécile’s Co-president and the agency’s Chief Creative Officer, Dimitri Guerrassimov, is one of the most awarded creatives in France. “He’s extremely attentive to the needs of clients and, indeed, what’s going on culturally,” she says.

A philosophy of creating irresistible brand experiences now infuses the agency. One example of the result was a promotional campaign for meat brand Charal using the video game Minecraft. Called the “Buildboard challenge”, it encouraged gamers to explore a newly-created world within the game and collect the elements of a billboard (and win a prize).

Cécile confirms that the pandemic has accelerated a shift in the way consumers relate to brands. “They expect brands to be more engaged in society. One of our roles is to accompany brands in that respect. In fact it’s part of the brand experience: in the past, CSR [Corporate & Social Responsibility] was a separate team, a separate subject, but now it’s at the heart of brands. Above all, we help them ensure that they are ethical and transparent in that area.”

The pandemic has also affected the advertising industry itself, with employees working from home, demanding more flexible hours or even leaving the sector altogether. How does VLMY&R motivate its staff?

“We have a very strong company culture. We organise a lot of internal events, both at a local and network level…The challenge of remote working is solitude. And creativity comes from a group. It’s hard to be creative when you’re alone So there are events, workshops and brainstorming sessions that bring us together.”

One such event is The Foundation Day, when staff gather to work for a good cause – such as cleaning the banks of the river Seine for anti-pollution charity Surfrider Foundation. Having said that, 100 per cent remote working is now an option for all staff in France, with a requirement to be at the office only three days a month. Managers liaise with their teams to establish the right mix for everyone.

Now the pandemic is ebbing, the current crisis is the war in Ukraine. Cécile is wary of making any business predictions about the impact of the conflict, but she says: “Obviously it has an emotional impact. Already Covid touched people psychologically, now this comes along to add another layer. It affects their morale. And yet we work in a metier where it’s important to be positive.”

Caring for the agency’s people is key. Cécile adds that VMLY&R works hard to be a diverse and inclusive agency, and is considerably in advance in that respect. She is herself a rare example of a woman at the head of a major French agency. Does she feel a responsibility to encourage gender diversity in the industry?

“Of course, yes…I certainly fight for wage equality and for the greater representation of women in management positions…On the other hand, I also put paternity leave in place at the agency over a year and a half ago. So I work to ensure that there’s no discrimination, either on the one hand or the other.”

She points out that while there are still not enough senior female creatives, advertising is becoming increasingly “tech” – a sector dominated by men. So she was recently pleased to have been able to recruit a woman to head the agency’s digital and social operations: Ilana Azoulay  “We must continue to support women in creativity and tech, that’s a certitude.” The various elements of the new VMLY&R identity are brought together in its logo, colloquially known as “the snowflake”. It’s designed so that its colours can be adapted to different circumstances – visuals for a pitch, for example.

“It really reflects who we are,” says Cécile. “Even our logo is a cultural connected experience.”

It’s not a mock agency, it’s a real for-profit agency with the goal of making money
Previous
Interview