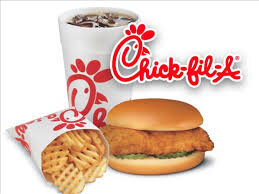 After more than two decades with Interpublic's McCann Erickson and its agency TM in New York and Dallas, American Airlines has placed its global account into review. American Airlines merged with U.S. Airways in late 2013, but the integration of resources remains incomplete. The two airlines are still working out details to assimilate labor resources, booking technology systems, and update signage.

The review, which will be handled by AAR, reflects the evolution of not only the merger of the carriers, but the general landscape of the industry and marketing and advertising strategies. McCann has been invited to participate in – and will be included in – the review. American Airlines, whose measured media spending in the U.S. dropped from $59.7 million to $27.8 million in 2013, will make its final decision in October 2015.

For more details, read this article in AdAge.

Bud Light, the largest beer brand in the U.S., has awarded its creative business to Wieden + Kennedy in New York. Juggernaut brand and Bud Light owner Anheuser-Busch InBev has also chosen Wieden + Kennedy’s Amsterdam office to spearhead global work on its Corona brand. The new relationship with Bud Light and Corona marks a quick detour for Wieden + Kennedy, which recently split paths with Heineken. The abrupt change, however, seems to be less of a surprise for the folks at AB InBev. Jorn Socquet, Anheuser-Busch InBev's vp of marketing in U.S., explains, "We've always looked at Wieden from the sidelines as an agency that one day we would potentially want to work with.”

For more details, read this article from AdWeek.

Following a review, adidas Golf selected Venables Bell & Partners, based in San Francisco, California, as its lead global agency. Melissa Ziegler, global brand marketing director at adidas Golf, elaborates, "VB&P proved they could create an emotional connection with our brand and demonstrated an authentic appreciation and understanding of the sport.”

For more details, read this piece at MediaPost.

Chick-Fil-A has issued an RFP for an undisclosed and isolated project, generating speculation about a new campaign, strategy, or product for the growing brand. Either way, Chick-Fil-A will maintain its long, since 1995, relationship with the Richards Group, based in Dallas, Texas – the agency responsible for the successful “Eat More Chicken’” campaign. Consultant Brand Apart is overseeing the review process. Chick-Fil-A spent $51 million on U.S. measured media in 2014, a significant increase of 70% from $30.3 million in 2013.

For more details, read this article in AdAge.