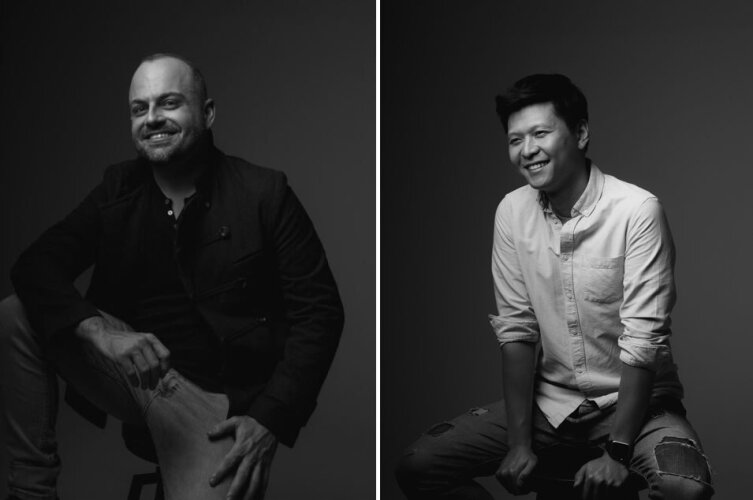 Driven by a lifelong passion for cars and a desire to steer automotive content in thrilling new directions, award-winning agency standouts Yates Holley and John Kim have announced the launch of Los Angeles-based hybrid company, Rideview.

Fueled by a mission to become a one-stop shop for automotive art direction and visualization, Rideview offers services including visual effects, production, virtual production, experience design, development, retouching, and strategy. Co-founder Yates Holley, Rideview’s Executive Producer/Partner, explains what makes the company unique: “Rideview is a hybrid agency model that merges interactive content with film production. We are as comfortable on set as we are in CG or a game engine.”

“As we are heading towards the age of EV, manufacturers are ramping up pace with new products with totally different characteristics,” says John Kim, Rideview’s Creative Director/Partner. “This means new strategies for agencies and visualizations are needed more and more. As car enthusiasts, it was an obvious move for us to participate in this new climate of automotive by providing what we do best—visualization.”

While their creative partnership spans nearly a decade, beginning with interactive projects for Toyota at Saatchi & Saatchi Los Angeles, Holley and Kim have each showcased their individual talents and versatility for a collaborative three decades.

During his lengthy career, Holley has not only worked with automotive clients, but for top-tier brands like Disney, Nike, Coca-Cola, Google, Apple, and Samsung, Holley has also contributed to award winning projects such as Where Cards Fall, Unity Awards’ 2019 Mobile Game of the Year. He is known as a veteran innovator that has earned multiple Cannes Gold Lions and AICP distinctions. Kim has established his technical prowess and creative expertise as a sought after CG artist, with projects including the first teaser for Marvel’s Avengers: Infinity War, the 5th highest-grossing film of all time. Transitioning to the agency side of the industry he has built extensive production skills. In the process, Kim has worked with industry leaders like Toyota, focusing on car configurators and other interactive content. Eventually he was entrusted with overseeing creative direction on running footage.

Even with their individual successes, it felt inevitable that their paths would once again converge—only this time for something they can truly call their own. And while Holley and Kim are certainly looking ahead with Rideview, their past experience has played an invaluable role in informing their vision for their venture. “Being on the agency side for a long time, I’ve noticed the importance of programmatic data generation for clients,” Kim notes. “Under Rideview, we have built and optimized a production platform where clients can place their products in a variety of settings that caters to all of their audiences.”

After a storied freelancing career that has led him everywhere from software development for an aerospace company, to designing and animating at award-winning motion graphics studios, and VFX supervision for movies and video games, taking on the co-founding role at Rideview perfectly represents Holley’s professional evolution. “In the past couple of years, my role has become more of a project executive, connecting the dots together,” he explains. “I like to have my hands in everything and I’m excited to help share my experience to help create unified 360 campaigns for major automotive manufacturers.”

Rideview is already going full speed ahead with multiple projects for top automotive brands including Toyota and Ford. Just as importantly, the content company has reinforced its commitment to being eco-friendly. First, Rideview has joined sustainability-focused organization Green the Bid to help reduce carbon footprints on and off set. Second, the company is continuing its fruitful working relationship with Faraday Future, a pioneering, sustainability-driven EV brand. To celebrate the carmaker’s recent IPO launch, Rideview collaborated with prolific photographer Richard Thompson to craft a dazzling mood film. In addition to the film, Rideview has also developed a car configurator used in the Faraday Future app.

While Rideview continues staying busy working on real-time car configurators, running footage VFX, and launching films for startups among other projects, both Holley and Kim are well-aware of the challenges of working in the automotive space—particularly when it comes to competition. “Everyone wants to do cars, they’re selling some new tech, they have the next hottest new director, or they have their own [solution].”

Kim agrees, adding that while competition is fierce and automotive is one of the pickiest industries in terms of creative input, “it is also one of the most exciting sectors with exciting campaigns for new product lines and showcases of new tech.”

Despite the challenges that may arise, Holley and Kim are ready to embrace them. With Rideview, they have devised a unique “future-forward” business model and a clear roadmap on what needs to be achieved. This approach has primed them to creatively engage with the automotive industry. According to Holley, continual learning is one of the keys to drive car content forward. “The key to pushing content universally is to seek inspiration and make great work,” he says. “Always keep learning new things, whether it’s developing new software, how to measure audience engagement, or how to streamline a VFX process. It’s about finding a balance between bespoke and programmatic content.”

Kim, meanwhile, adds that an emphasis on efficiency is also crucial. “As technology progresses, we as content creators must always adapt to new technologies and implement new efficient solutions to our clients. We are here to help see through their missions.”