The days leading up to February 14th means that most of us are gearing up for the barrage of hearts, cupid, and chocolates for Valentine's Day.

Not Cerberus. This New Orleans based creative agency knows and celebrates their Louisiana roots the right way - with Mardi Gras.

Mardi Gras falls on February 13th this year. In true celebratory and brilliant fashion, Cerberus made sure their key prospects weren't left out during Mardi Gras fun. 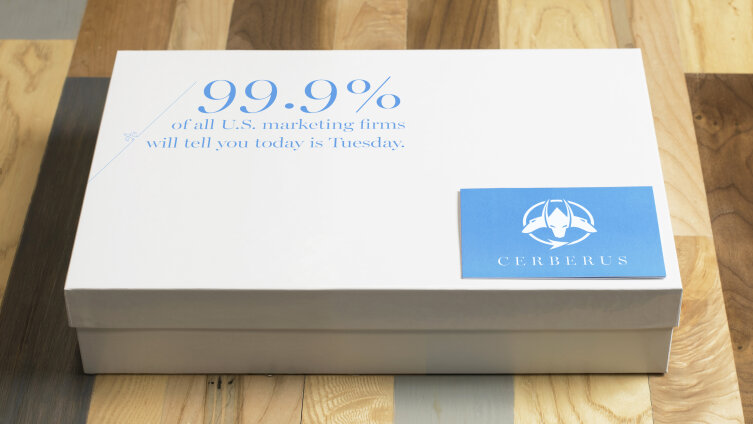 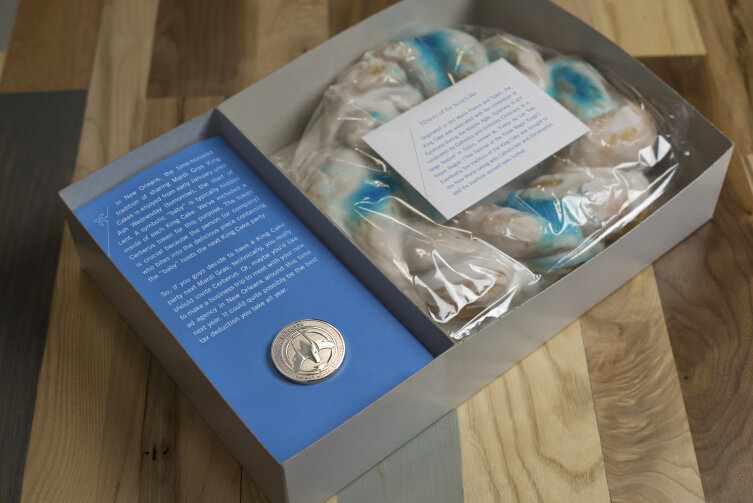 Some history on the King Cake: Originating in Old World France and Spain, the King Cake was associated with the celebration of Epiphany during the Middle Ages. Epiphany is still celebrated by Catholics and Orthodox Christians in a large festival in Spain, known as 'Fiesta de Los Tres Reyes Magos' ('The Festival of the three Magic Kings'). Eventually, the tradition of the King Cake was brought to the New World (along with Catholicism and Christianity), and the tradition evolved even further.

To truly display their culture and work style, sending King Cakes gave Cerberus' prospects a quite literal 'taste' of what it would be like to partner with a New Orleans based creative shop. As Cerberus puts it, "a fresh perspective can really help put things into focus."

According to their creative team, the most memorable part of creating the King Cake campaign was working together to create the Cerberus medallion (pictured below). 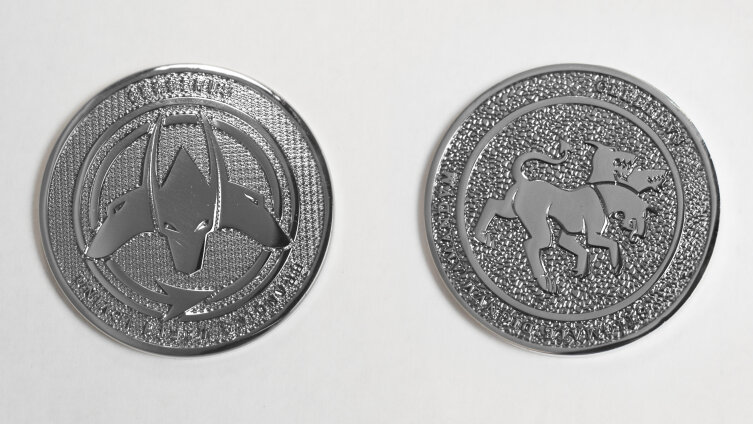 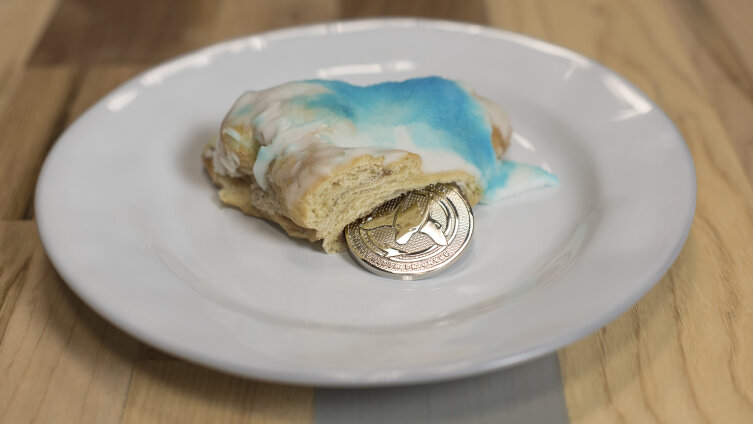 One side of the 3mm thick silver coin features their brand mark and motto, Branding Worth Loving. On the reverse, an archaic rendition of the mythological creature Cerberus accompanies the Latin translation, Stigmate Dignum Amandum. (Markedly nicer than most of the doubloons tossed around on Mardi Gras day.)

Cerberus' decision to partner with their favorite King Cake provider, Party Palace, ensured that Cerberus could stray from traditional cake decor of purple, green, and gold - opting for a custom Cerberus blue.

Hands down the most delicious campaign AdForum has looked into - the tradition of sending along King Cakes during the weeks leading up to Mardi Gras is something we can all get on board with. Hopefully one day the parades make their way up to NYC. 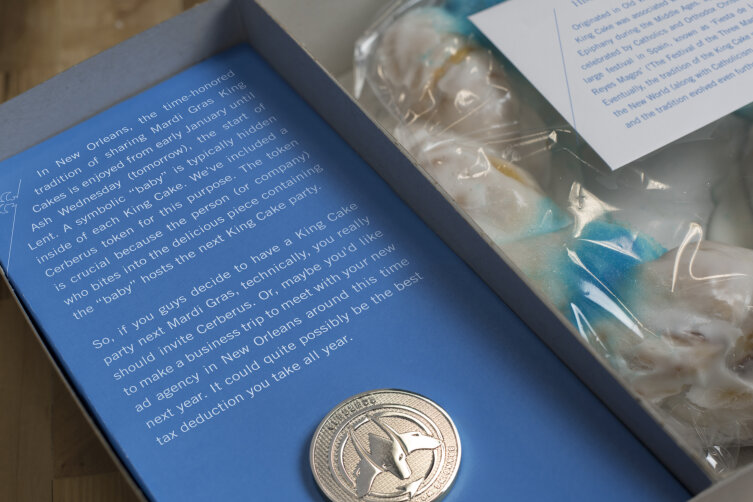 Box quote: "In New Orleans, the time-honored tradition of sharing Mardi Gras King Cakes is enjoyed from early January until Ash Wednesday (tomorrow), the start of Lent. A symbolic "baby" is typically hidden inside of each King Cake. We've included a Cerberus token for this purpose. The token is important because the person (or company) who bites into the delicious piece containing the "baby" hosts the next King Cake party.

So, if you guys decide to have a King Cake party next Mardi Gras, technically, you really should invite Cerberus. Or, maybe you'd like to make a business trip to meet with your new ad agency in New Orleans around this time next year. It could quite possibly be the best tax deduction you take all year."

TOPIC: MARDI GRAS, NEW ORLEANS
Share on Facebook Share on Twitter Share on Linkedin Share on Email
Tweets by @adforum
Want to make your company shine?
Showcase Your Work
Add up to 4 pieces of creative work to your company profile.
Boost Your Visibility
Appear above the rest when global brands search for you.
Encourage Direct Contact
Make it easier for clients to reach you by having the right people listed in your profile.
» Switch to a Starter Profile
Start now more info
Otherwise keep editing your FREE page
Any questions?