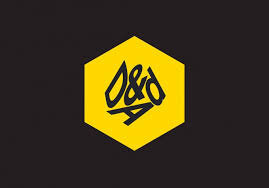 Advertising Week -- New York -- 29th September 2015 - D&AD, the London based global design & advertising awards and creative education charity, today announce the launch of an all new edition of their prestigious awards show in partnership with Stillwell Partners, producers of the global Advertising Week programs. The new show and awards campaign will celebrate creative ideas that have had a real world impact - on business, society, culture and the environment.

The new awards for global impact will be awarded for the first time during Advertising Week XIII in New York City next Fall. Entries will be open to any agency, studio, media owner, tech company, publisher and start-up, or brand, as long as the entity seeks to transform their businesses through the power of creative thinking with a positive impact to a broader constituency. The awards will champion the most disruptive and innovative business ideas out there and enable all to learn and develop from them.

Judges will also be recruited from a wide variety of backgrounds and will include business leaders, entrepreneurs, commentators and journalists, as well as the best creative practitioners from the world of communications and design. Winners will be awarded coveted D&AD Pencils and included in the D&AD Annual and archive.

"There is a feeling building in the creative, design and broader advertising and media community that the original purpose of awards shows is in danger of being obscured. At the same time, brilliant, creative ideas are popping up everywhere; the creative industries no longer have sole ownership of creativity. We should be learning from others - from both their processes and their ambitions. Lastly, we believe that in a world that must address issues of unsustainable consumption and growth (or die), the power of creativity and the ability to change behaviours has never been so important."

Advertising Week CEO Matt Scheckner added, "We are all shareholders in the future of our world and have a tremendous opportunity - - indeed, an obligation - - to do all we can to recognize and support those that are working to make the world a better place for our children and generations that follow. More than ever before consumers care about brands and campaigns that resonate in a meaningful way and this global partnership with D&AD has cleared a path for us to finally launch and stage a major awards."

Going forward for 2016, D&AD Judging Week and festival will be held concurrent with Advertising Week Europe (April 18-22) The formal call for entries will launch at that time and final judging and winners announcement taking place during Advertising Week XIII in New York City next Fall.

About Advertising Week & Stillwell Partners:
Since its creation in 2004, Advertising Week has drawn more than 2 million participants from around the world to New York City for a weeklong hybrid of thought leadership Seminars and unique evening special events. Beyond education, engagement, enlightenment, & entertainment, the mission of The Week is to inspire young people to join the craft; focus on the social impacts of advertising; and shine a bright light on the business and economic influence of the advertising, media and marketing industries. Advertising Week is produced globally by Stillwell Partners.

About D&AD
Since 1962, D&AD has been inspiring a community of creative thinkers by celebrating and stimulating the finest in design and advertising. A D&AD Award is recognised globally as the ultimate creative accolade, entered and attended by the best creative decision makers from around the world. Set to reward, promote and enable creative brilliance in all areas of creative communication, a Yellow - or Black - Pencil remains the pinnacle in many careers. This years award cycle opens for entries on 14th October 2015.
But it's much more than just the Awards. Members join a vibrant global community, whilst Creatives and clients are inspired by a world-class training and development programme. Students are supported with projects, awards and exhibitions, which give them a vital leg-up as they enter the industry. As a non-profit, all of D&AD's surpluses go straight into programmes that develop the next generation of creative talent while campaigning for the creative industries to help solve the world's toughest social and environmental issues.