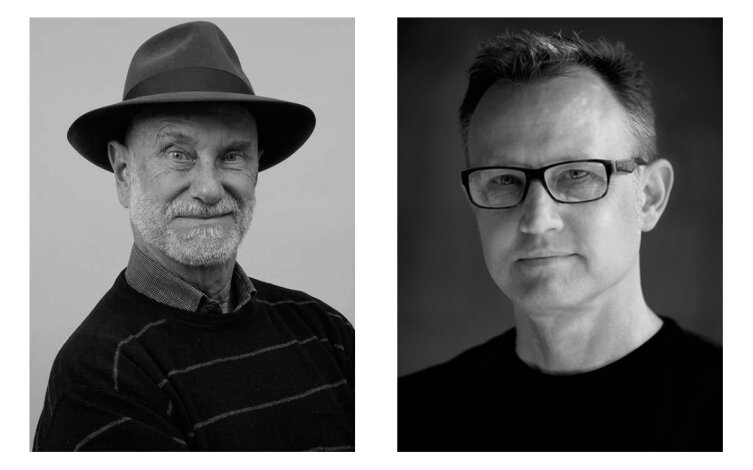 Iconic Texas, a member of the Iconic Creative Collective, is a Texas company representing local and global brands whose success in Texas is mission-critical.

McClure coined the phrase “Don’t mess with Texas,” arguably the most successful antilitter campaign in history, voted “America’s Favorite Advertising Slogan” and inducted into the Madison Avenue Walk of Fame. He also wrote and produced “Texas: The Big Picture,” the first IMAX movie about the Lone Star State. For the past three decades, McClure’s design teams have created the custom Flagship Fleet for Southwest Airlines.

“Austin is the creative capital of Texas,” McClure says, “from music and technology to education and medicine, including philanthropic enterprises that make the world a better place.”

Rabe is a world-renowned brand marketer, designer, and film director who has spearheaded the development of communications for the multi-billion-dollar capital campaigns for Harvard, MIT, and the University of California San Francisco. Rabe traveled the globe with celebrity photographer Annie Leibovitz, shooting the American Express “Portraits” campaign, celebrated as “The Campaign of the Decade” by Advertising Age. The “Accents” commercial Rabe directed for HUD is part of the permanent collection at the New York Museum of Modern Art.

“Texas is a brand unto itself,” says Rabe, “and home to The University of Texas, an elite university that embraces its battle cry, ‘What Starts Here Changes the World.”

Iconic Texas teams up some of the best and brightest in the brand business. Tim McClure is a native Texan and a natural-born storyteller. Rick Rabe prides himself in collecting creative talent from around the country and the world.

“Iconic Texas understands the intricacy of the global economy and the interdependency of the global community,” says Bill Fields, former President of Walmart USA and CEO of Fields Texas Ltd.

McClure, a distinguished advertising graduate of The University of Texas at Austin, sums it up nicely: “There’s no better place than Austin to harness the power of iconic Texas brands.”