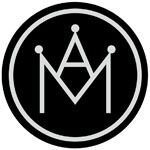 Each year, Executive Director Alisun Armstrong, strategically updates and evaluates the competition and implements changes to reflect the innovative work currently being produced in the financial advertising and marketing industry.

Ms. Armstrong introduced a robust number of new categories inspired by trends brands are using to engage the consumer in the evolving financial communication industry, including augmented reality’s ability to connect the consumer before, during, and after purchase and apps that allow consumers to interact with a product via their mobile device. Category updates in Product & Service include Banking: Online, and Data Management, as well as expanded Use of Discipline categories—Customer Loyalty & Retention, In-House Creative Department, and Student. New categories in the Use of Medium unveiled include: Apps, Augmented Reality, Email, and Tablet.

In addition, the Midas Awards has consolidated Product & Services categories for efficiency as well as updating multiple categories to enhance and streamline the entry process.

2014 will also mark the debut of the Midas Brand Report, a ranking similar to the Midas Report, but marking advertiser’s performance based on points earned within the Midas Awards.

“The Midas Awards are dedicated to showcasing creative excellence across the board, and new trends in financial advertising and marketing continue to engage consumers on a multitude of platforms,” said Ms. Armstrong. “Brands deserve to be recognized and awarded; the Midas Brand Report will celebrate those innovative brands that adapt and continue to elevate the evolving industry.”

The Midas Awards GrandJury® is recruited from the most prominent international agencies and comprised of the most respected and influential minds in financial advertising. Client and agency leaders from the creative and marketing disciplines, as well as internationally recognized experts in financial policy and communications will be represented. The jury awards Midas Gold and Silver Ingots to the highest scoring entries, and award the Grand Midas to the entry considered “Best in Show.” The results of the jury are parsed in an annual rankings brief, The Midas Report—a veritable who’s-who in the world of financial services advertising.

The deadline to enter the 2014 Midas Awards is September 15th, 2014. Enter before July 15, 2014 and receive a 10% discount with code PRM2014. Entry details and competition rules and regulations can be found on the Midas Awards website: http://www.midasawards.com/. View the 2013 winners in the Midas Winner Showcase.

Press inquiries are welcome and should be directed to Gayle Mandel: gmandel@internationalawardsgroup.com, 1 212 643 4800.

About the Midas Awards
Founded in 2001, the Midas Awards is the only competition to recognize excellence in financial advertising and marketing on a global scale, honoring the World’s Best Financial Advertising™ in banking, brokerage, insurance, mutual funds, credit cards, real estate, accounting, and consulting. The competition invites entries in four specific categories: Products & Services, Craft, Use of Medium, and Use of Discipline.