New post collective will be run by editors/partners Chuck Willis and Jamie Connors. 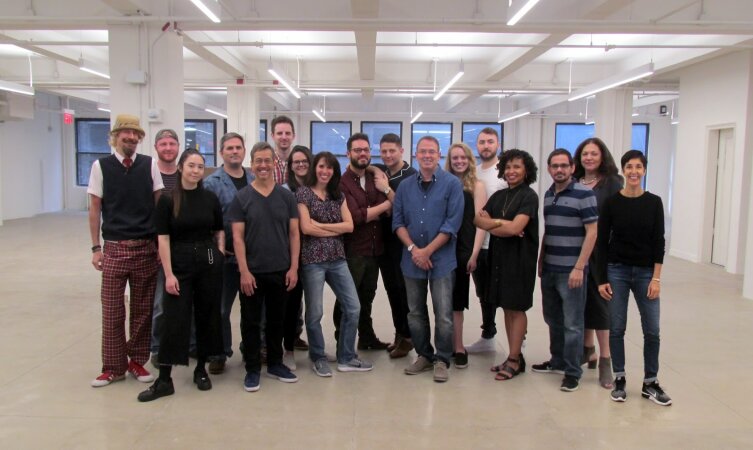 Gattie and Lopez, a new editorial company, has opened its doors in a sun-filled penthouse in midtown Manhattan. Editors/Partners Chuck Willis and Jamie Connors are joined by Managing Partner Susan Willis in this new venture. The creative editorial shop will work across advertising, television and feature film projects.

“I had to do something with Jamie,” remarked Chuck. “There is a great energy between us and I am thrilled to open a company with him.” Adds Jamie, “Creating and building a new company with individuals I respect so much is the most rewarding experience I’ve ever had.”

Connors has spent nearly a decade immersed in the NYC post-production space, on both the agency and post-production studio sides. He has cut spots for such top brands as MasterCard, NFL, Bank of America, Lysol, Dentyne, VH1 and Mucinex, among numerous others. He also cut the short documentary film “Five Awake,” which was awarded the “Best Louisiana Feature” at the New Orleans Film Festival. He brings a collaborative approach to every project, bringing out character-driven beats in both comedic and storytelling spots.

Gattie and Lopez is also launching with lead editor Janis Vogel on its roster. After Chuck collaborated with Janis on the large scale pilot “Civil” for TNT Originals in association with MGM Television from director Allen Coulter (“Vinyl,” “Boardwalk Empire,” “The Sopranos”) and Academy Award-nominated writer Scott Smith (“A Simple Plan”), a creative synergy was quickly established. The two remained in touch, strategizing for future collaborations while re-working and aligning project schedules to reunite for the launch of Gattie and Lopez. Janis draws from a background in crafting powerful, compelling work in a variety of different genres. She has edited award-winning documentaries, narrative films, music videos and in 2017, she worked on Spike Lee’s Netflix series “She’s Gotta Have It.”

Notes Janis, “I thrive off working with editors like Chuck and Jamie who are equally committed to creating pioneering and inspiring work. I couldn’t be more excited to finally have the chance to collaborate on an ongoing basis.”

When asked why the name Gattie and Lopez, the team said, “The answer is quite simple: Bialystock and Bloom was already taken.”

Hayden5 RISE & Video Consortium Launch 2021 Gear Grant
Want to make your company shine?
Showcase Your Work
Add up to 4 pieces of creative work to your company profile.
Boost Your Visibility
Appear above the rest when global brands search for you.
Encourage Direct Contact
Make it easier for clients to reach you by having the right people listed in your profile.
» Switch to a Starter Profile
Start now more info
Otherwise keep editing your FREE page
Any questions?