New York, NY – January 21, 2013: New York Festivals® International Advertising Awards® has announced the second round of appointments for the 2013 Executive Jury. Since 2011, NYF has assembled the “dream team,” an elite group of Worldwide Creative Officers brought together to select the “World’s Best Advertising®.”

The second round of the 2013 Executive Jury Members includes:

"The 2013 Executive Jury will evaluate only the Shortlist selected by the NYF’s Grand Jury,” said Michael O’Rourke, President International Awards Group/New York Festivals. “This process of the Executive Jury evaluating entries during five rounds of judging allows each entry to be given the utmost attention. To have your work seen by a jury with this much combined experience makes earning an award in the New York Festivals International Advertising Awards a testimony to the creativity and originality of the entry.”

The NYF Executive Jury will convene in New York City April 27th through May 1st, concluding with the New York Show awards presentation on Thursday, May 2nd, 2013.

The Executive Jury evaluates every shortlisted entry selected by the online Grand Jury, comprised of 400+ international executive creative directors, making it the most diverse jury of any advertising competition in the world.

New York Festivals will host the 2013 celebration of the World's Best Advertising® with The New York Show™, a two-day series of creative events held at the landmark New York Public Library's Beaux-Arts building located at 455 Fifth Avenue at 40th Street in New York City. Festivities will be held on Wednesday and Thursday May 1st and 2nd, 2013 and includes the Executive Jury Press Conference, keynote speakers, creative panel discussions, networking events, and exhibits of the Shortlisted work. Thursday evening features the 2013 New York Show awards ceremony and after-party to honor the winners in true New York style. 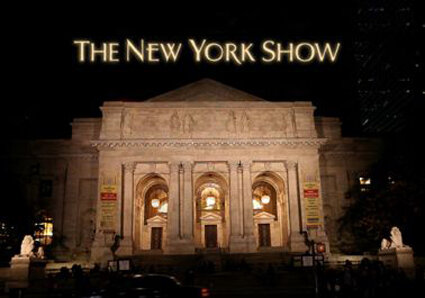 The deadline for the 2013 competition is January 27th, entries received after January 27th are subject to a 15% Rush Fee. For more information, or to enter please visit: http://www.newyorkfestivals.com/main.php?p=2,10

Press inquiries should be directed to Gayle Mandel: gmandel@newyorkfestivals.com. Ph: 1 212 643 4800.