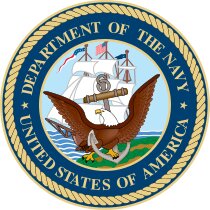 The U.S. Navy confirmed today that WPP’s Young & Rubicam is being awarded its new advertising and marketing services account in support of the Navy Recruiting Advertising Program.

The incumbent was Lowe Campbell Ewald, which recently became part of Mullen Lowe Campbell, the product of an intra-agency merger at Interpublic Group. The shop had the account for roughly 15 years.

Word of the shift comes a week after The U. S. Supreme Court said it would hear an appeal from Campbell-Ewald during which the agency will argue that federal contractors can't be sued under the Telephone Consumer Protection Act.

The court appearance stems from a campaign the agency created for the Navy that involved the sending of text messages through a subcontractor to thousands of cell phones, including one belonging to Jose Gomez. Gomez says he never consented to receiving the texts and filed a class-action lawsuit.

The Navy said that the contract being awarded to Y&R has an annual value of $84.4 million. The contract contains one “base year” and four one-year optional periods, which if exercised, would bring the contract’s cumulative value to $457,461,287. The Navy spends about $40 million a year on ads according to Kantar.

Work under the contract will be performed in Memphis, Nashville, New York and Chicago.