As a part of its research and development works, Platige Image has introduced its latest animation short “Koala” powered by Unreal Engine 4.

Koala is the result of work of young artists from Platige Image, aimed at demonstrating the possibilities of the new technology used by the Warsaw studio. The use of the real-time engine affects the flexibility and speed of work on animation – several artists can work simultaneously on one scene almost at the same time.

"We've been observing the potential of real-time engines for a very long time and it’s very impressive. At the same time, both hardware and the tools needed to implement cinematics and VFX have advanced significantly in the last two years, making it possible for us to create much longer and more sophisticated animations", says Rafał Kidziński, CG Supervisor at Platige Image.

Particular attention should be drawn to the use of an innovative ray tracing system, i.e. rendering technology, which consists in analysing the trajectory of light rays and their scattering after they reflect from the surface. Ray tracing in UE4 shows the effects of changing lighting in real-time, without waiting for the image to be rendered, which in the case of traditional rendering engines can take many hours.

"While working on Koala, we wanted to fully exploit the possibilities offered by the latest version of Unreal Engine 4. The introduction of the ray-tracing function has enabled a significant qualitative leap, materially increasing the realism of the visual layer", adds Paweł Gajda, CG Producer at Platige Image.

Koala is a short, classic story of a hero who found himself in the wrong place at the wrong time. In this difficult situation he is forced to fight.

Choosing a fight-based story is not accidental. This form allows us to tell in an allegorical and simple way about the struggle of the individual with the world around him. Each of us faces situations that overwhelm us and with which we want to be able to cope - that's why we identify with the hero who is capable to do so. In addition, the battle scenes give Platige the opportunity to work with outstanding stuntriders, which is a real pleasure, says Anna Szustak, Koala’s director from the Platige Image studio.

Koala is the first project created by Platige Image powered by Unreal Engine 4. The Warsaw-based studio plans to further integrate this environment with its technological facilities in effort to create more real-time engine projects in the future. 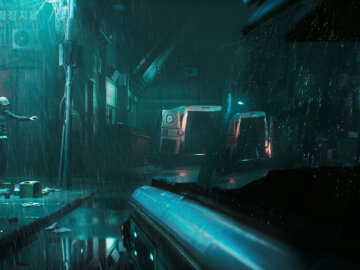 The stifling morning air of the Laotian jungle is pierced by a helicopter flying in to save a failed rescue mission. That is the opening scene of... read more
AGENCY: ,

Starting on May 14th, on our website and social media channels you can see some of our studio’s most important productions, access unique archives... read more
AGENCY: ,
See more News