6
10383
This ad is part of the ACT Responsible Collection

MASP Opens Its Doors to Foreigners

São Paulo, June of 2014 – The World Cup is in the round of 8 and the teams that lose one match will be eliminated from the championship. Aiming to promote its collection, MASP - Art Museum of São Paulo, along with DM9DDB, has come up with a special campaign for foreigners who see their teams leave the World Cup at the Itaquerão stadium, in São Paulo city.

Starting the day following the elimination, fans will have free access to the museum for one week. The campaign includes print ads, out of home and social network. To get the international fans' attention, the ads will be on the shape of soccer jerseys featuring information in the language of each eliminated country.

“After the elimination, foreigners will have more free time in São Paulo and they can visit all the rich collection at MASP, one of the biggest and most important collections in the world, and all for free”, says Daniel Malavazzi, Account Director of DM9DDD.

The campaign promotes access to culture for more than 600 thousand fans from 186 different countries who came to Brazil to watch the World Cup, and more than 63 thousand foreigners are in São Paulo, according to the Ministry of Tourism. Until now, the games of the World Cup 2014 had 40% of the tickets sold for foreigners, with the US being the leader in ticket sales, with more than 195 thousand.

Rio de Janeiro is the most visited city among all host cities from the World Cup, with 90 thousand international visitors. All the fans whose teams were eliminated in São Paulo will have the opportunity to go to MASP for free and see that Brazil is not only good at soccer, but it is also good at art. 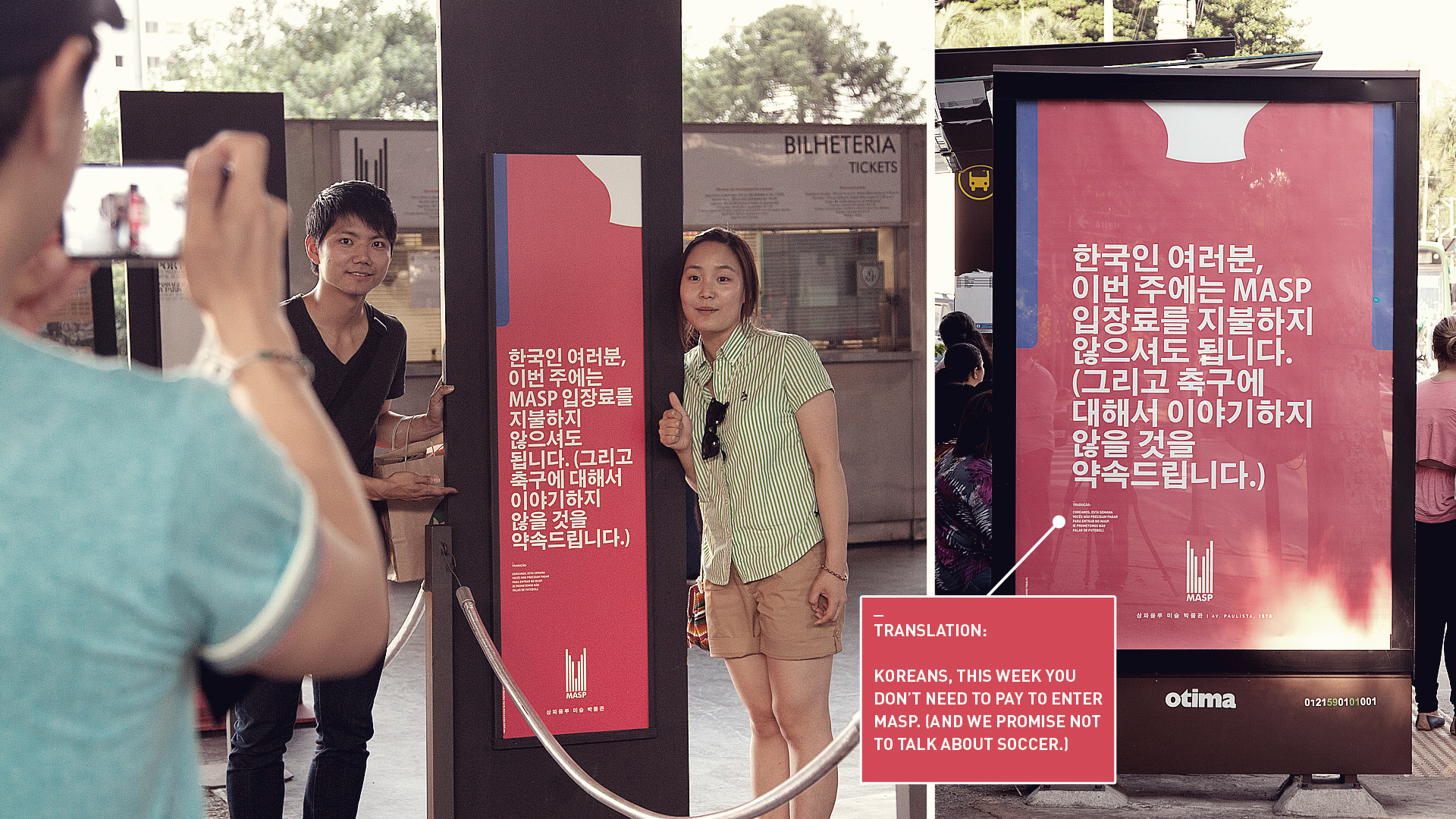 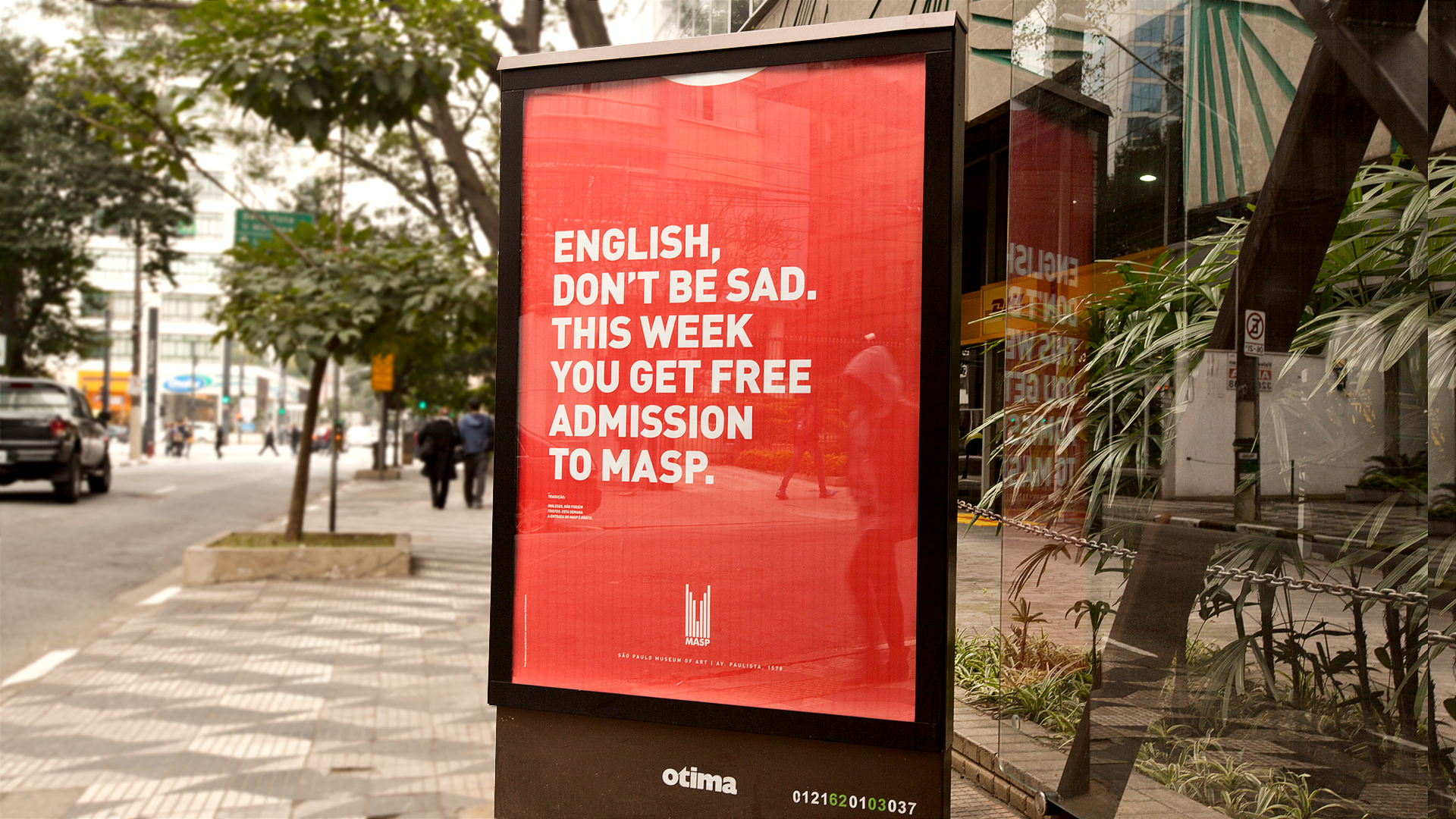 Price on the Jersey Mailchimp "All in a Day's Work"

Brand: Mailchimp
Agency: It's Nice That