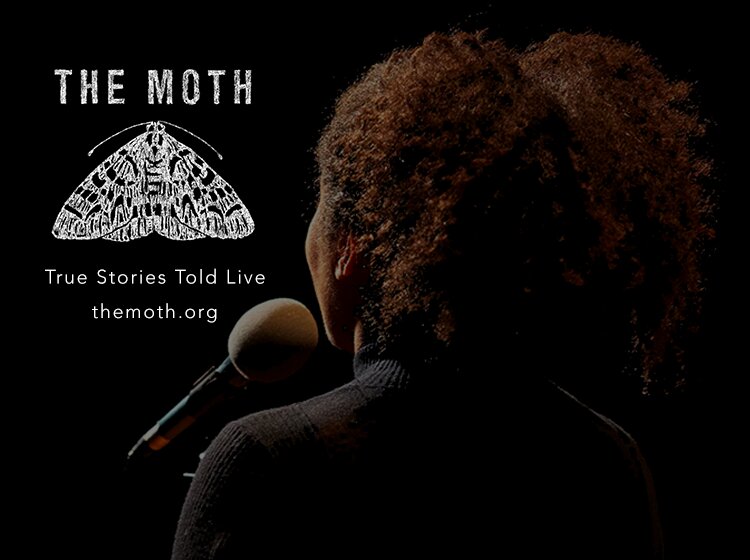 
Storytelling nonprofit, The Moth, has selected Situation—a NYC-based digital agency that helps brands build passionate communities—as its first media agency in the 20+ years since it was founded. Situation will help manage The Moth’s digital marketing presence, including running their Google grant account. Work has already begun.

The Moth has a rich history of highlighting storytellers from all walks of life, encouraging them to share their stories on stage, live, without notes, at events and workshops across the U.S., U.K., and Australia—creating community and fostering empathy around the globe. Since launching in 1997, over 35,000 true personal stories have been told. Many have aired on The Moth’s Peabody Award-winning Radio Hour and popular podcast, both of which reach millions of people each week.

“At Situation, we’re proud to work with beloved brands who represent passionate communities,” says Damian Bazadona, President and Founder of Situation. “We’re huge fans of The Moth, so to have the chance to work with them—an organization that, like us, believes in the power of community and storytelling—is truly exciting.”

“At The Moth, we stand firm in our belief that everyone has a story to tell and that the act of sharing those stories with others helps foster a more empathetic and compassionate world,” says Sarah Haberman, Executive Director of The Moth. “Focusing on enhancing our digital presence with Situation will allow us to continue building our passionate and diverse community of listeners and tellers, while amplifying the reach of the powerful stories told from Moth stages around the globe.”

The Moth is an acclaimed nonprofit organization dedicated to the art and craft of storytelling. Since launching in 1997, The Moth has presented over 35,000 stories, told live and without notes, to standing-room-only crowds worldwide. The Moth conducts seven ongoing programs: The Moth Mainstage, which tours internationally, has featured stories by Malcolm Gladwell; Darryl “DMC” McDaniels; John Turturro; Molly Ringwald; Boots Riley; Krista Tippett; Rosanne Cash; Danyel Smith and Tig Notaro, as well as an astronaut, a pickpocket, a hotdog eating champion and hundreds more; The Moth StorySLAM program, which conducts open mic storytelling competitions in 30 cities: 27 in the US plus Sydney and Melbourne, AU and London, UK; The Moth Community Program, which offers storytelling workshops and performance opportunities to adults who are too often overlooked by the mainstream media; The Moth Education Program, which brings the thrill of personal storytelling to high schools and colleges in New York, and educators around the world; The Moth Global Community Program, which develops and elevates true, personal stories from extraordinary individuals in the global south; The Moth Podcast, which is downloaded more than 61 million times a year; MothWorks, which uses the essential elements of Moth storytelling at work and other unexpected places; and the Peabody Award-winning The Moth Radio Hour which airs weekly on 500 public radio stations nationwide. To date, The Moth has published three critically acclaimed books: The New York Times Bestseller The Moth: 50 True Stories (Hachette Books, September 2013); All These Wonders: True Stories About Facing the Unknown (Crown Archetype, March 2017) — described as “wonderful” by NYT’s Michiko Kakutani; and Occasional Magic: True Stories of Defying the Impossible (Crown Archetype, March 2019) which debuted at #12 on The New York Times Best Sellers List. www.themoth.org.

Situation helps brands build passionate communities through digital-first marketing strategies. Since our founding in 2001, we’ve worked with some of the world’s leading brands including Stoli Vodka, The Metropolitan Opera, HBO, Major League Soccer, Wicked, National Geographic, Meals on Wheels, and The Ad Council. Our competitive edge continues to be our ability to develop and leverage proprietary insights gathered from joining the front lines of the world’s most passionate brand communities. Our work spans creative, media, communications, and technology solutions for a wide range of industries. Situation has also been honored with numerous workplace awards from Crain’s, Best Companies Group, Cynopsis, Digiday, and Fortune. As an agency, we bring a spirit of corporate citizenship into everything we do. Learn more at www.situationinteractive.com